(opens in a new tab)

Our Hoʻokipa (hospitality) team is dedicated to offering unique and authentic cultural experiences to guests of Kā‘anapali Beach Hotel. We have a team of cultural practitioners on site, each with their own specialty subject—from ‘ukulele and hula to Hawaiian medicine and language.

In late 1984, Kenneth Brown, former State Senator and well-known Hawaiian business executive, speaking at the Governor’s Tourism Conference warned the industry that too much of the culture was already lost and we could not afford to lose what little remains. Our general manager, Mike White, responded to this challenge and resulted in the birth of Project Poʻokela, meaning excellence.

The program was designed to enhance employees' understanding of the Hawaiian culture and its values so that visitors will have a more enriching and enjoyable experience. As a result of this process, hotel employees have created an atmosphere in which they freely share their aloha with visitors through song, art, and education. This program has enhanced our understanding and appreciation of the Hawaiian culture so that we can perpetuate it for future generations. The Poʻokela process has resulted in Kā‘anapali Beach Hotel being recognized as "Hawaiʻi's Most Hawaiian Hotel." The focus on the Hawaiian culture has created true aloha and has provided the hotel with a uniquely different guest experience.

Our mission statement focuses on values that best represent what we stand for such as hoʻokipa, kōkua, and lōkahi. 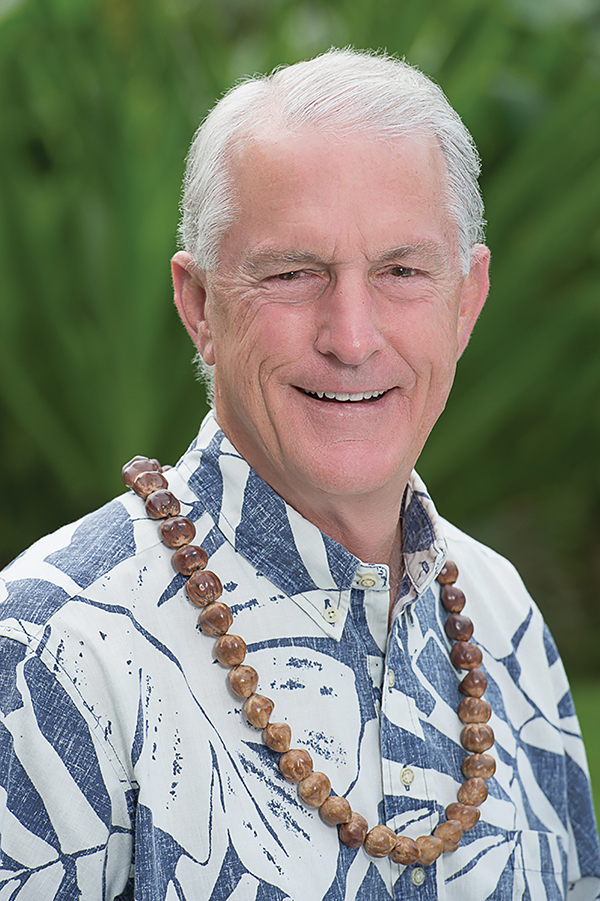 Mike White has been the General Manager of the Kāʻanapali Beach Hotel since 1985 and has represented the seventh district in the State House of Representatives from 1993 to 1998. In the Legislature, Mr. White has served on the Tourism, Economic Development, and Finance Committees. During his tenure, he has spearheaded the effort to educate his colleagues on the importance of increased and dedicated funding for visitor promotion as an economic development stimulator.

A lifetime resident of Hawaiʻi, Mr. White received his degree from the University of Hawaiʻi School of Travel Industry Management. His hotel career began in 1969 at the Halekūlani hotel in Waikīkī, bussing tables in the Hau Tree Terrace Restaurant. He has held various managerial positions at the Hawaiian Regent, Mauna Kea Beach Hotel and the Mauna Lani Bay Hotel. Mr. White currently sits on the board of the Hawaiʻi Tourism Authority.